Cherry Hill firefighters transported the woman from the scene after she collided with two separate properties and a tree. 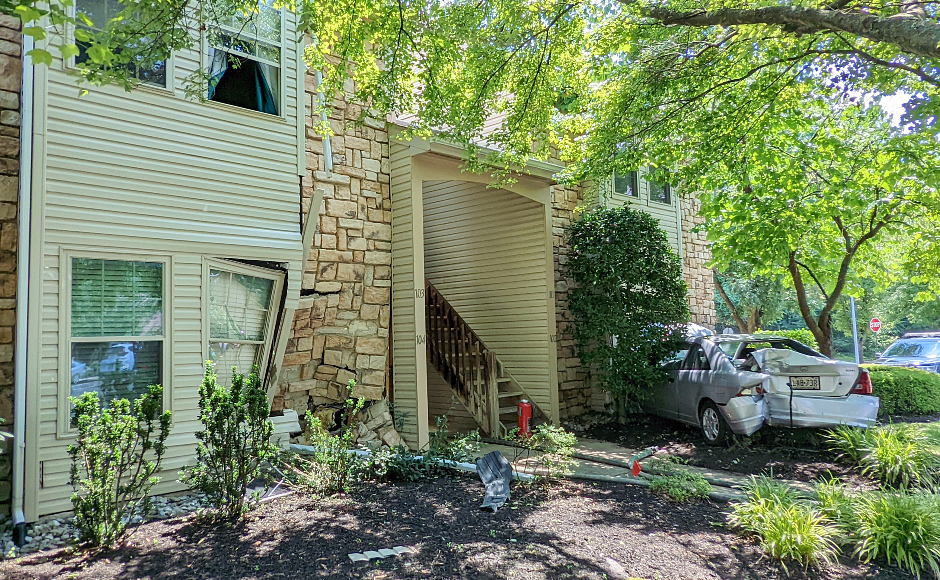 A vehicle collided with a townhome in the Tavistock neighborhood in Cherry Hill. Credit: Matt Skoufalos.

Two households in the Tavistock Condominiums of Cherry Hill were displaced from their townhomes Wednesday after an elderly neighbor crashed her vehicle into them.

Cherry Hill firefighters responded to the 100 block of Woodstock Court a little after 12:30 p.m. to discover a silver Honda Civic coupe that had collided with a townhouse.

Cherry Hill Fire Captain Kirk Tharp said that a UPS driver, who was the first to respond to the scene, found the car still running with the driver’s foot on the accelerator.

The driver allegedly turned the car off, put it in park, and tried to help keep the driver calm until first responders arrived, Tharp said.

She was transported to the Cooper University Hospital trauma unit “for medical as well as trauma concerns,” he said.

Investigators were working to piece together details of the collision, but preliminary indications appeared to be that the driver jumped the curb and hit one townhome, backed up and collided with a tree, and then shifted into drive, knocked over a light standard, and collided with the second townhome. 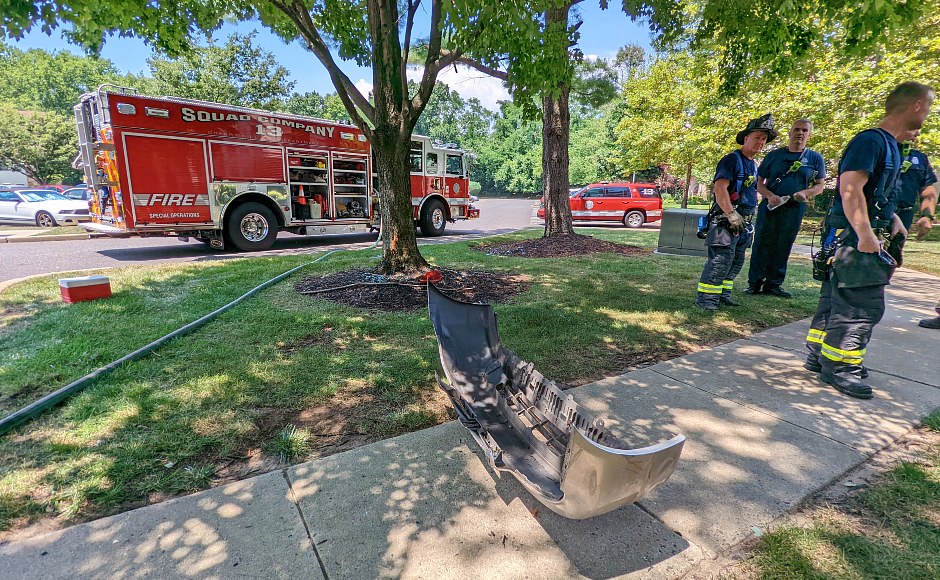 Cherry Hill firefighters respond to the scene of a car crash in Tavistock. Credit: Matt Skoufalos.

One of the buildings was “red-tagged” by investigators, indicating that it isn’t safe to occupy until after being evaluated by a structural engineer.

A resident whose townhome had been struck in the crash said she was headed to the neighborhood pool when she heard the fire trucks and returned home.

“Ten minutes ago, we were in that room,” the resident said.

“It’s a spare room, and the whole wall is punched in.”

The resident identified the driver of the vehicle as her 90-year-old neighbor on the block, a claim that was not immediately confirmable by authorities.

Neither, at press time, did first responders have an update on the driver’s condition after being transported.