The 1975 have announced a fall circuit dubbed the “At Their Very Best” tour in support of their upcoming album Being Funny in a Foreign Language, and you can feel like you’re “Part of the Band” by claiming your tickets as soon as they go up for grabs.

Get tickets here, and read on for more details including pre-sale dates.

The 1975’s “At Their Very Best” tour begins on November 3rd at Connecticut’s Mohegan Sun Arena. The band heads straight for the biggest marquee with a headlining performance at New York City’s Madison Square Garden on November 7th, then they travel down the East Coast via Camden, New Jersey and Washington, D.C. to Atlanta on November 12th. They play Nashville on November 13th, followed by three nights in Texas between Grand Prairie, Houston, and Austin. On November 20th, the group stops in Mexico City, then closes out the month touring the American West in cities like Phoenix, Las Vegas, San Diego, Los Angeles, and San Francisco.

The band opens December in Portland, Oregon and hops to Seattle the following day. They then jet to the Midwest for shows in Missouri and Wisconsin on December 8th and December 10th, respectively. After a stop in Toronto on December 12th and Newport, Kentucky on December 16th, The 1975 are scheduled to wrap their tour in Pittsburgh on December 17th.

No openers have been listed for The 1975’s “At Their Very Best” tour currently. We can only hope though that Phoebe Bridgers joins the band onstage at some point after lead singer Matty Healy made a surprise appearance at one of her 2021 headlining shows. Or maybe that’s just us still mourning the cancelled 2020 tour that was set to pair both acts together before the pandemic took hold.

Get tickets via Ticketmaster.

See The 1975’s full list of tour dates below, and get tickets to all of their upcoming shows here. 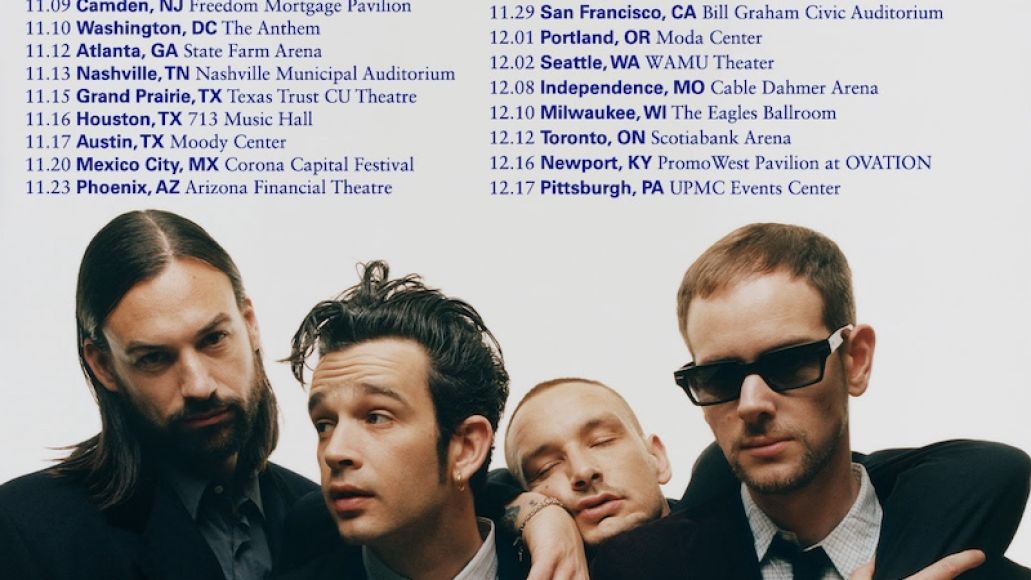 What’s happening in South Jersey this weekend and beyond (Aug. 5-11)